The server edition provides features such file/print services, web hosting, email hosting, etc. There are a few differences between the Ubuntu Server Edition and the Ubuntu Desktop Edition although both use the same apt repositories. The main difference between the two editions is the lack of a default installation of a X window environment in the server edition, although GUIs can be installed like GNOME/Unity (Ubuntu 11.04), KDE (Kubuntu 11.04), XFCE, (Xubuntu 11.04), as well as more resource-economical GUIs such as Fluxbox, Openbox and Blackbox. Kernel versions also differ. The server edition uses a screen mode character based interface for the installation, instead of a tarted-up graphical installation process. The server CD also has the option of installing Ubuntu enterprise cloud.

Ubuntu Server is also distributed free of charge. Users can choose to pay for consulting and technical support. Annual support contract with 9x5 business hour support is about $750 per server, and a contract covering 24x7 over a year costs $1,200.
Buy Now 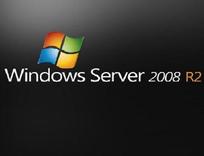 Windows Server 2008 is built from the same code base as Windows Vista; therefore, it shares much of the same architecture and functionality. Since the code base is common, it automatically comes with most of the technical, security, management and administrative features new to Windows Vista such as the rewritten networking stack (native IPv6, native wireless, speed and security improvements); improved image-based installation, deployment and recovery; improved diagnostics, monitoring, event logging and reporting tools; new security features such as BitLocker and ASLR; improved Windows Firewall with secure default configuration; .NET Framework 3.0 technologies, specifically Windows Communication Foundation, Microsoft Message Queuing and Windows Workflow Foundation; and the core kernel, memory and file system improvements.

Processors and memory devices are modeled as Plug and Play devices, to allow hot-plugging of these devices. This allows the system resources to be partitioned dynamically using Dynamic Hardware Partitioning; each partition has its own memory, processor and I/O host bridge devices independent of other partitions.
Buy Now